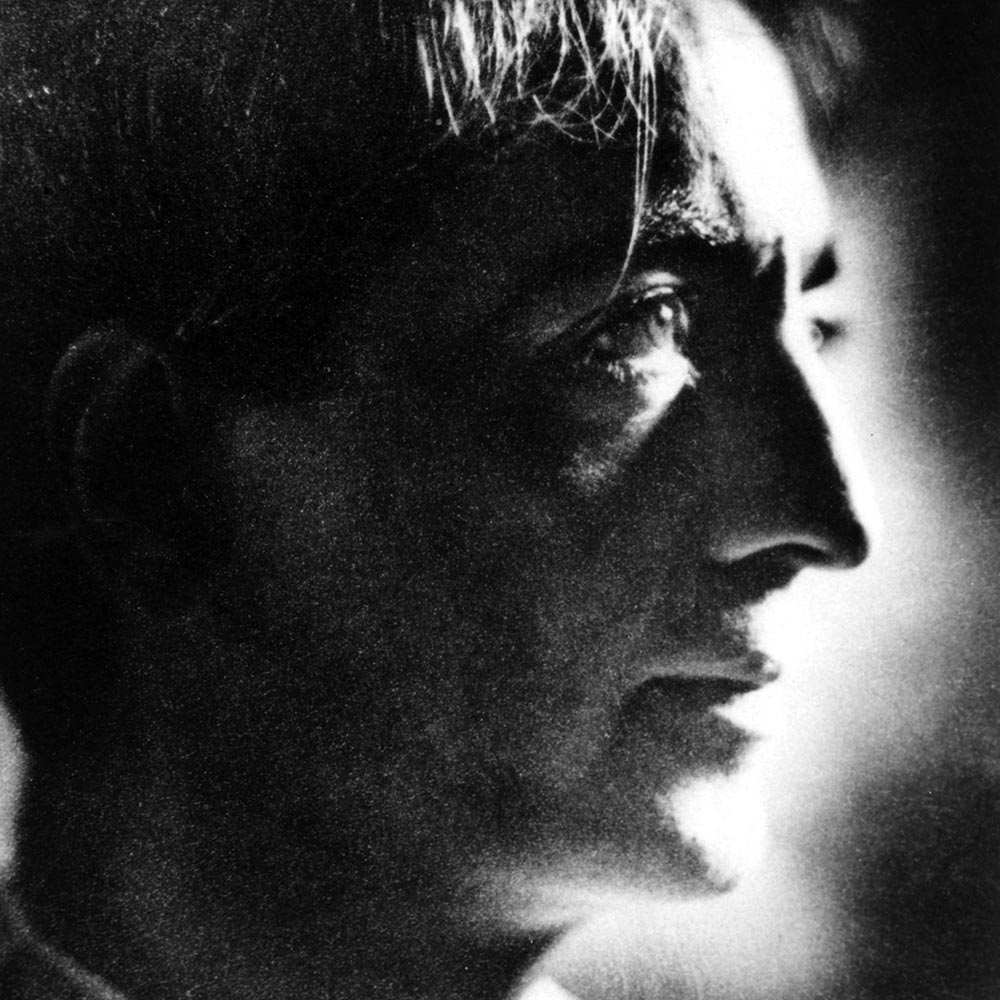 The person, Krishnamurti, is not at all important. What is important is that we investigate, examine, observe and think clearly, not trying to understand the speaker but together understand what has happened to humanity, what is happening in the world and our relationship to it.

We are increasingly told by others what to think and what to do about the issues in our lives and the world around us. Krishnamurti counters this movement, saying that what is essential is to find out for ourselves. He rejects any authority of his own, and of gurus, religions, psychologists, philosophers and politicians, saying there is no teacher and no taught. Instead, he suggests that we are as two friends, perhaps sitting in a park or walking along a quiet lane, talking over the deep problems of life amicably, frankly and easily.

This remarkably straightforward and simple approach is mirrored in the language Krishnamurti uses. Despite talking about the most profound and serious matters, he uses everyday words, refreshingly free of jargon and rhetoric, to explore universal themes that affect us all, such as fear, loneliness, education and relationship. His approach might be considered uncompromising, yet he speaks with genuine care for humanity, punctuated with wise humour.

There is no teacher and no taught.

It can seem that Krishnamurti’s teachings are intellectual and that we need to make an effort to understand them cognitively. After all, this is how we are generally taught to learn, by accumulating knowledge and experience. In discussions with people from all walks of life, he rejects the intellectual responses of thought and memory, looking for genuine replies that deepen inquiry or meet him at ‘the same level, with the same intensity, at the same time’. Only then, he says, insight and new understandingare possible. Of course, dialoguing with Krishnamurti is no longer possible, so our challenge today is to engage in this meeting at depth when reading or watching Krishnamurti, or listening to the unique body of work he left behind, and use his words, and our relationships, as a mirror:

He is acting as a mirror for you to look into. That mirror is not an authority. It has no authority, it’s just a mirror. And when you see it clearly, understand what you see in that mirror, then throw it away, break it up.

Krishnamurti’s teachings are unique in their scope, depth and approach. Seeing the readiness in which we create ideas and concepts, he often refused to define or expound the fundamentals in life that he explored so radically – freedom, compassion, love, religion, creativity, to name a few – in positive terms, instead approaching them negatively:

Actually, what is religion? To find out what religion is, we must negate what it is not. Then it is. The same with love. Love is not hate, jealousy, ambition or violence – so when you negate all that, the other is, which is compassion. In the same way, if you negate what is not religion, you will find out what is true religion: what is the truly religious mind.

What is this negation central to Krishnamurti’s teachings? Is it definable without making it into an idea or something to practise? It may be as simple asseeing the false as the false and its dropping away.

We quickly form images about ourselves and others, meaning our relationships take place through these images.

This brings inthe question of seeing, looking or observing. It is clear that we operate from the past, and indeed consist of the past, so in looking at the world, our life or a problem, can we see afresh, free of the past, without thought? This seeing without the observer, and the realisation that the observer is the thing observed, is fundamental to the possibility of transformation. Indeed, the illusory division between the observer and the observed may well be the very division and conflict in ourselves and the world.

When one really understands, not verbally, not intellectually but as an actuality, as something true, then you will see that when the observer is the observed, all conflict comes to an end, and therefore our whole relationship with each other undergoes a radical transformation.

It is this transformation Krishnamurti sees as so urgently necessary in ourselves and hence the world.

Wherever we look, there are problems of every kind. The same is often true in our relationships and inner life. Krishnamurti questions our tendency to try to solve these problems with thought and through time. Time and thought are synonymous for Krishnamurti, with thought always being of the past and therefore limited. Time is perhaps the most radical element in his teachings, countering the prevalent religions, techniques and systems that promote time as a means of change: I am this, I will become that; the ‘what is’ and the ‘what should be’. Krishnamurti points out that:

Change as we know it implies a movement in time, and that movement is like cutting the air with a sword – it does nothing, it merely produces a lot of activity. But when you understand the whole process, the implications and the significance of change, and thereby let it drop away from you, you will see that the mind is in a state of silence in which all movement of time has ceased, and that new movement of silence is not recognisable and therefore not experienceable. Such a state does not demand change; it is in eternal movement, and therefore beyond time. Then there is an action which is right, which is true, always and under all circumstances.

Behind Krishnamurti’s inquiry, never far away, is something unnameable.

In our relationships, is it possible to see another without the past that exists in us in the form of images, and meet someone anew? We quickly form images about ourselves and others, meaning our relationships take place through these images. We may think this brings security, or at least convenience, but as Krishnamurti points out:

Thought builds a great many images, both inwardly and outwardly, in all our relationships, and hence there is a division in relationship which invariably brings about conflict and separation.

Ultimately these images, manifesting in belonging to a country, religion or group, cause the conflicts and wars we see around the world.

Krishnamurti often ends a talk or a series of talks by addressing an aspect oflife we often keep at a distance: death. He speaks of our attachments to others, to things and ideas, and sees death as a true ending to all we hold onto. But is death something at the end of life or is it part of life itself? Krishnamurti’s challenge is to end every day, at every moment, so that we are living with that ‘enormous thing called death’. Only then there is a new beginning.

Death is an ending of the things you are attached to – your furniture, your face, your ideals, or whatever it is. You have brought this faraway thing called death to the immediate action of life, which is the ending of your attachment. So death means a total renewal, a total renewal of a mind that has been caught in the past. So the mind becomes astonishingly alive, it is not living in the past.

Behind Krishnamurti’s inquiry, never far away, is something unnameable, immeasurable, something that cannot be known or even experienced. This timeless, choiceless state is something he is reluctant to elaborate on, whilst acknowledging that humanity has always sought something ‘beyond’. Is this ‘something’ reachable by any known approach? Krishnamurti says not:

There is no path to truth, in spite of all the philosophies; because reality is the unknowable, unnameable, unthinkable. It is only the fresh, innocent, young mind that can discover what is true; and it is only to such a mind which is free of the known that the unnameable, the unknowable can come.

Perhaps, if you are lucky, the window will open and the breezes will come in. They may not – it depends on the state of your mind. That state of mind can only be understood by yourself, watching it, yet never trying to shape it. This means watching it without any choice. Out of this choiceless awareness perhaps the door will open and you will know what that dimension is in which there is no conflict, no time, something which can never be put into words. 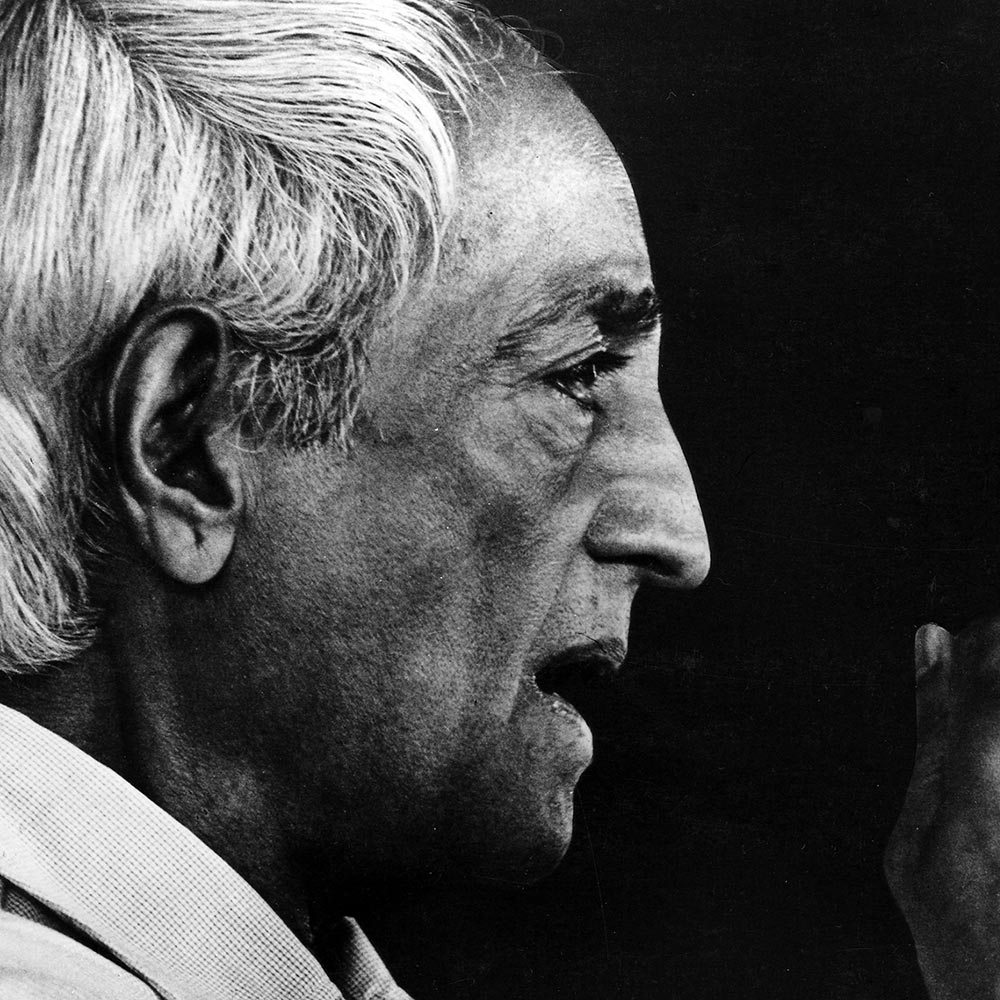