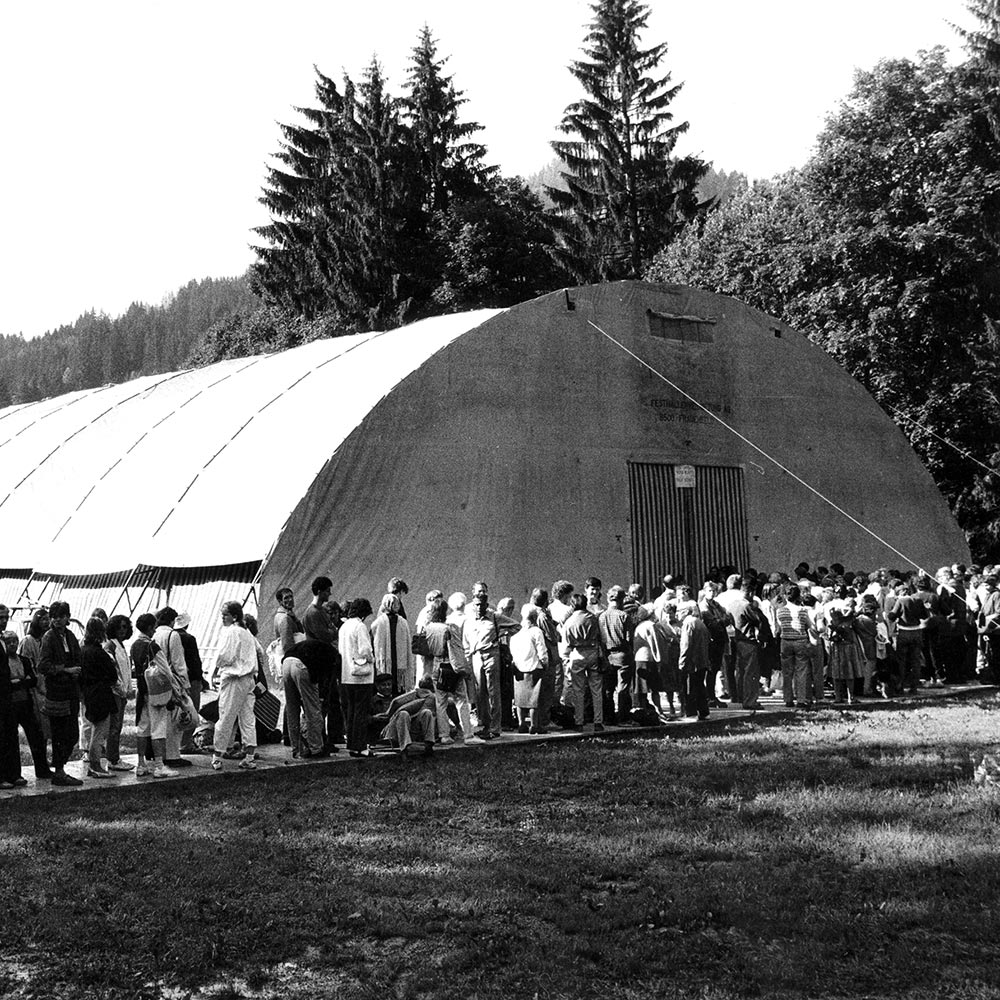 The Tent Where Krishnamurti Spoke in Saanen, 1980s

A History of the Foundation

The Foundation is in no way an esoteric or ambitious organisation but a simple means of carrying out Krishnamurti’s wishes as economically as possible.

The beginning of the Krishnamurti Foundation Trust (KFT) was first announced in a very low-key statement read by Krishnamurti’s lawyer, Mr Rubinstein, in the tent before the second talk in Saanen, 1968:

Krishnamurti wishes it to be known that he has completely disassociated himself from Krishnamurti Writings Incorporated of Ojai, California. He hopes that as a result of this public announcement, those who wish to be associated with his work and teachings will give support to the new, international Krishnamurti Foundation of London, England, whose activities will include a school. The Deed which establishes the Foundation ensures that Krishnamurti’s intentions will be respected. 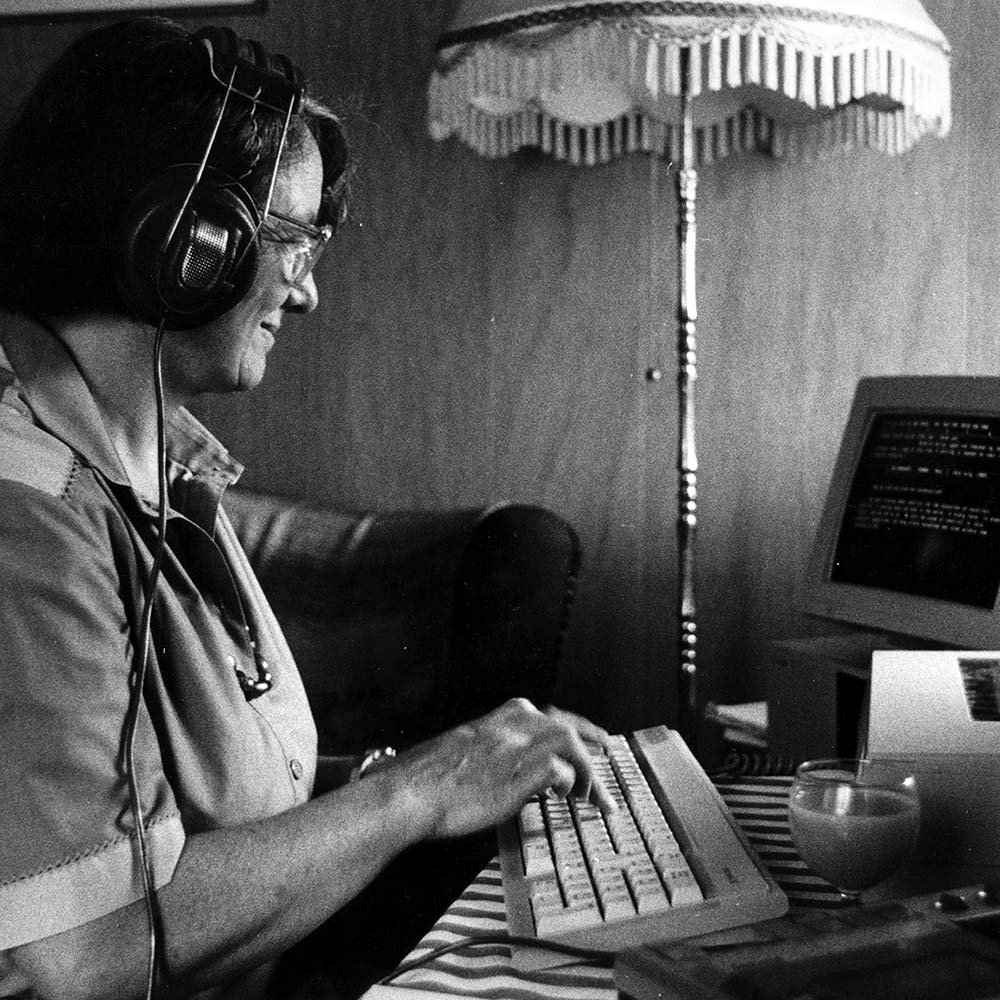 Thus ended what appeared to be the increasing stranglehold that Krishnamurti Writings Inc. (KWInc.) had gained. In the early 1930s, after Krishnamurti left the Theosophical Society, KWInc. replaced the Star Publishing Trust as the main publishing organ for Krishnamurti’s work. This organisation, under the presidency of D. Rajagopal, had gradually assumed increasing powers, with the consequence that Krishnamurti had lost control over his own work. The founding of KFT was the first move made to rectify this situation after the failure of numerous attempts at reconciliation or amicable settlement. As Krishnamurti stated at the beginning of his talk following the announcement: 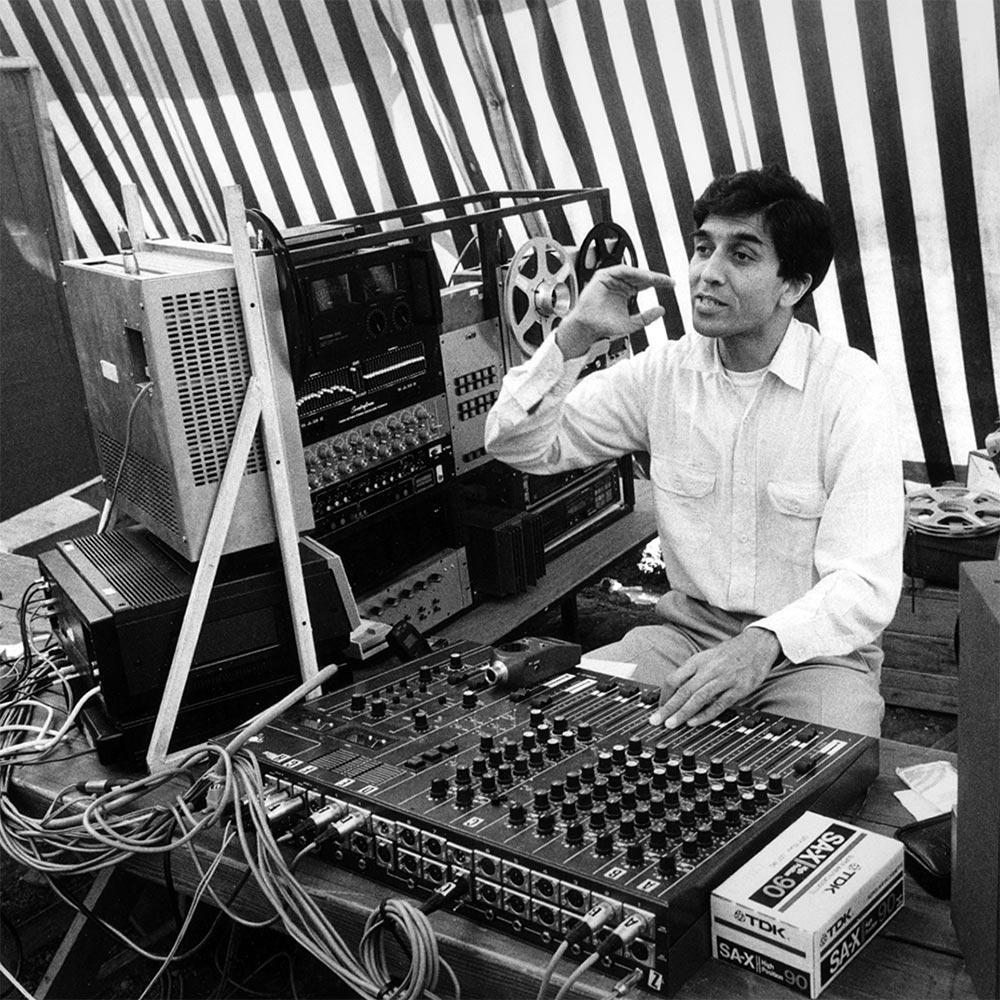 Krishnamurti was thus at pains to ensure that the new organisation, KFT, would be set up, via its constitution and commitment to open communication, in such a way that what had happened in Ojai could not happen again.

Around the authority of a person or an ideology cooperation becomes meaningless and leads to various forms of conflict. All of us are working together in a spirit of real cooperation in which there is no authority: it is our interest in the teachings which brings us together and helps us to work together. So the authority of a central directive ceases; each of us is important and we all help each other.

To make this possible the Krishnamurti Foundation is the new organisation without the psychological belonging and dependence which most organisations bring about. This is very important to bear in mind in all the work we are doing together. Cooperation is necessary but the ugly and brutal side of organisation has no part in what we are trying to do. There is a great deal to be done which has not been done in the past. 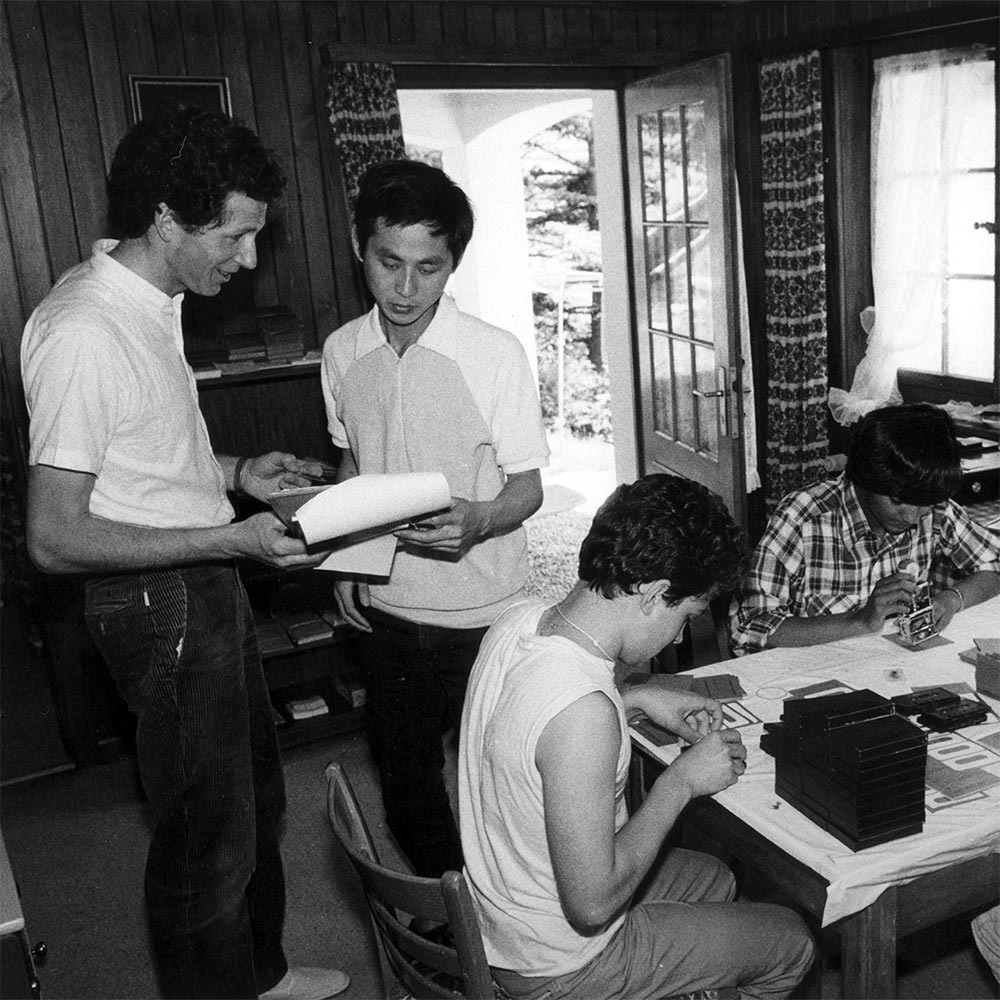 As the minutes of the International Committee Meeting held at Chalet Tannegg, Gstaad, on 10th July 1968 document, Krishnamurti had already made his wishes for the new foundation clear:

The Krishnamurti Foundation is being formed to do what should have been done by Ojai in the past, namely to act as an international body, functioning on a democratic basis, to help Krishnamurti’s work – arranging his meetings, dealing with publications, translations, the distribution of tape-recordings and gramophone records, etc. The Foundation will have its headquarters in England and work through active committees in as many countries as possible. A quarterly bulletin will be issued throughout the world, which will keep everyone informed of Krishnamurti’s work, in the broadest sense. The Foundation would support the school, with which it would be linked extremely closely.

This was reiterated in the second Bulletin, announcing the opening of a small office for the foundation in Beckenham, near London, (work to be helped by the generous donation of a new IBM electric typewriter!):

We wish to emphasise, as was announced in the last bulletin, that the Krishnamurti Foundation and its Trustees exist solely to implement the more material side of Krishnamurti’s work…

The Foundation is in no way an esoteric or ambitious organisation but a simple means of carrying out Krishnamurti’s wishes as economically as possible.

Video: Why Do You Have Schools and Foundations? And Why Do You Speak?

The other main objective of KFT, namely Krishnamurti’s wish to start a school, was fulfilled when a suitable location was found, and the purchase made that same year, of Brockwood Park in Hampshire. His wish for such a property had been also minuted at the International Committee Meeting of 10th July 1968. He wanted a place that:

…would become a real means of expressing Krishnamurti’s teachings. As well as being a school, adult meetings could be held there; archives could be kept there and some of the work of the new Foundation office could be done. He indicated that this school in England might succeed in creating an entirely different way of living. 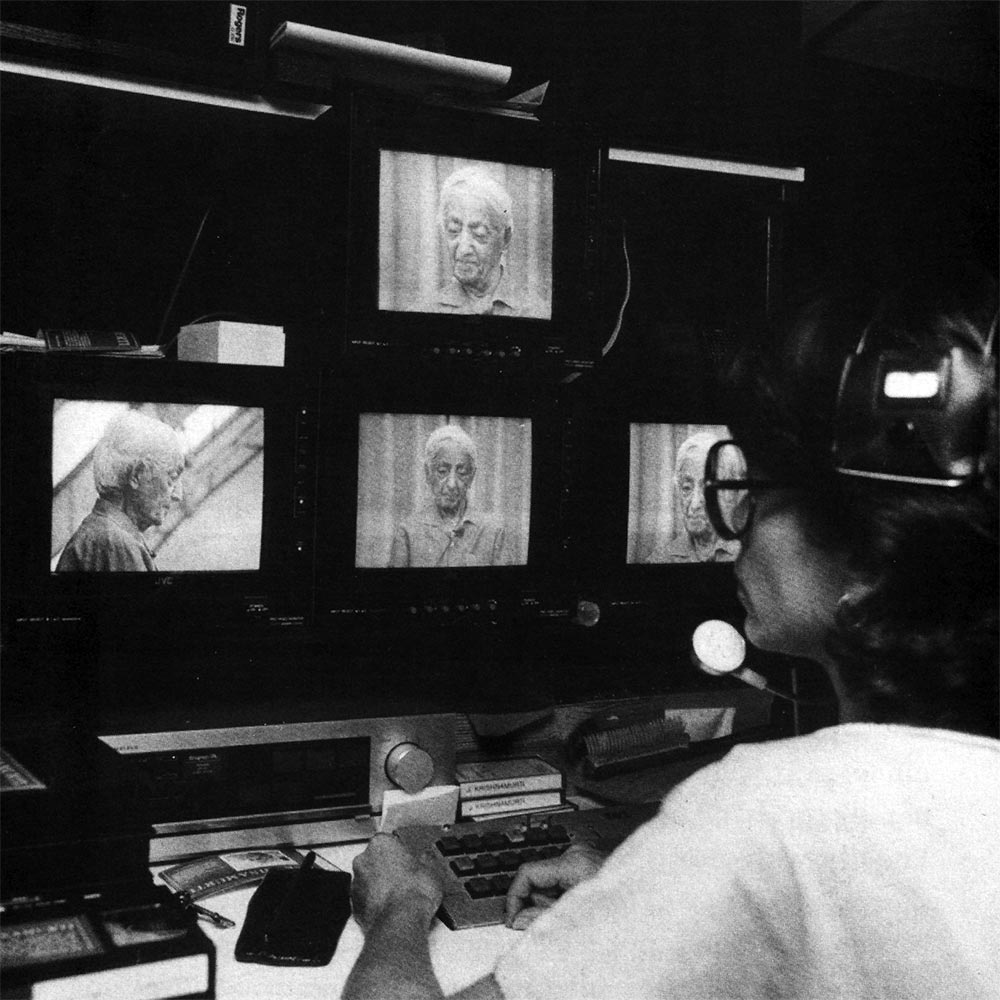 In actuality, it took the building of the new Krishnamurti Centre, opened in 1987 in the grounds of Brockwood Park, for all the elements of Krishnamurti’s wishes above to be fulfilled. With the expiry of the lease on the Beckenham office, in the autumn of 1987 the Foundation work was moved into the new offices that had been discreetly incorporated in the new adult centre. The centre also included a purpose-built, temperature-controlled vault to house the archives which until then had been in temporary storage in the basement of the school. But most importantly the centre provided a special environment for retreat and inquiry into the teachings.

Throughout Krishnamurti’s later years, with the founding in 1969 of a foundation in America (KFA) together with the foundations in India (KFI) and in the Spanish-speaking world (FKL), he continued to stress the administrative, essentially functional, nature of these foundations:

Today there are four Krishnamurti Foundations. They exist only for simple and obvious reasons. During my lifetime they arrange talks, group discussions, seminars and gatherings. They are responsible for editing, translating and publishing the books. They are responsible for the care of archives. They produce films, audio and video tapes, see to their distribution and so on.

There are now five schools in India, an educational centre with its school at Brockwood Park in England, and there is going to be an educational centre and school in the United States at Ojai. All these schools function under the Krishnamurti Foundations. It is the responsibility of the Foundations to see that these schools continue, if possible, after my death. It is very definitely intended that in these schools the teachings, which are in no way sectarian – this I would like to emphasise – are to be lived both by the teacher and the student. The schools have importance for they may bring about a totally different human mind. 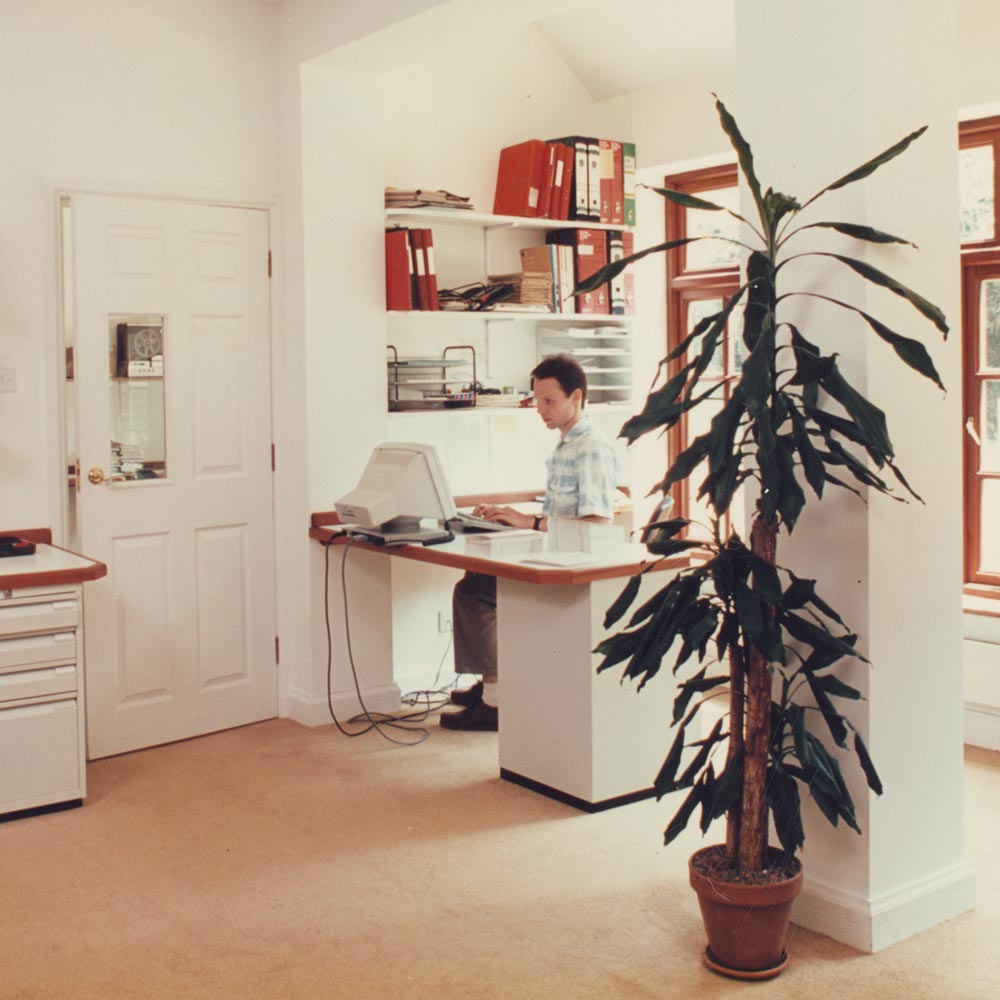 The outward responsibilities of the organisation are one thing, but when Krishnamurti considered the question of what would happen after his death, he threw down a different, more fundamental challenge during his discussions with Foundation trustees in 1977:

K’s teachings are a living thing, and the books, I am afraid, are not; no book is. When K dies, what is going to happen to the teachings? Are there people who have, if I may use the phrase, drunk at the fountain, and can carry on from there? Not merely quoting K but getting the spirit of it, the truth of it, the vitality of it, the energy of it. The books are all right, but they remain on the shelves. You pick them up occasionally, look at them, read them and forget them. I feel there must be amongst us some who have, if I may use the phrase again, drunk at the fountain, so that they see the truth for themselves and express it in their daily life.

From the Book THE PERFUME OF THE TEACHINGS

Today the work of KFT, after 50 years of existence, continues on the same lines as envisioned in 1968. True, the electric typewriter has been replaced by computers, audio and video cassettes and reels by digital files, while outreach has been extended from printed announcements to the modern media outlets of websites and social media. But the spirit and the mission remain the same: to preserve and disseminate the teachings of Krishnamurti, undistorted.

Video: The Work of the Krishnamurti Foundation