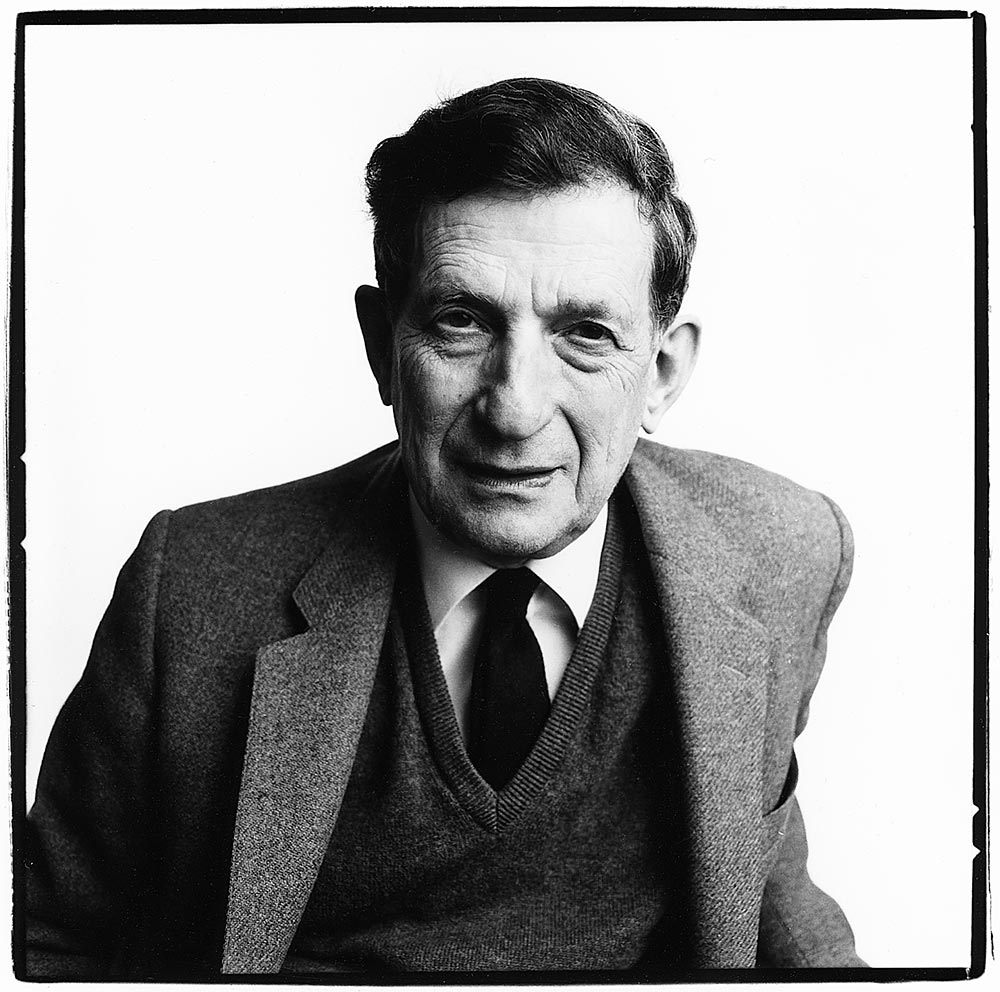 My first acquaintance with Krishnamurti’s work was in 1959 when I read his book The First and Last Freedom. What particularly aroused my interest was his deep insight into the question of the observer and the observed. This question had long been close to the centre of my own work, as a theoretical physicist, who was primarily interested in the meaning of the quantum theory. In this theory, for the first time in the development of physics, the notion that these two cannot be separated has been put forth as necessary for the understanding of the fundamental laws of matter in general. Because of this, as well as because the book contained many other deep insights I felt that it was urgent for me to talk with Krishnamurti directly and personally as soon as possible. And when I first met him on one of his visits to London, I was struck by the great ease of communication with him, which was made possible by the intense energy with which he listened and by the freedom from self-protective reservations and barriers with which he responded to what I had to say.

As a person who works in science I felt completely at home with this sort of response, because it was in essence of the same quality as that which I had met in these contacts with other scientists with whom there had been a very close meeting of minds. And here I think especially of Einstein who showed a similar intensity and absence of barrier in a number of discussions that took place between him and me. After this, I began to meet Krishnamurti regularly and to discuss with him whenever he came to London.

Einstein showed a similar intensity and absence of barrier.

We began an association which became closer as I became interested in the schools, which were set up through his initiative. In our discussions, we went quite deeply into many questions which concerned me in my scientific work. We probed into the nature of space and time, and of the universal, both with regard to external nature and with regard to mind. But then we went on to consider the general disorder and confusion that pervades the consciousness of mankind. It is here that I encountered what I feel to be Krishnamurti’s major discovery. What he was seriously proposing is that all this disorder, which is the root cause of such widespread sorrow and misery, and which prevents human beings from properly working together, has its root in the fact that we are ignorant of the general nature of our own processes of thought. Or to put it differently it may be said that we do not see what is actually happening, when we are engaged in the activity of thinking. Through close attention to and observation of this activity of thought, Krishnamurti feels that he directly perceives that thought is a material process, which is going on inside of the human being in the brain and nervous system as a whole.

Ordinarily, we tend to be aware mainly of the content of this thought rather than of how it actually takes place. One can illustrate this point by considering what happens when one is reading a book. Usually, one is attentive almost entirely to the meaning of what is being read. However, one can also be aware of the book itself, of its constitution as made up out of pages that can be turned, of the printed words and of the ink, of the fabric of the paper, etc. Similarly, we may be aware of the actual structure and function of the process of thought and not merely of its content.

We are ignorant of the general nature of our own processes of thought.

How can such as awareness come about? Krishnamurti proposes that this requires what he calls meditation. Now the word meditation has been given a wide range of different and even contradictory meanings, many of them involving rather superficial kinds of mysticism. Krishnamurti has in mind a definite and clear notion when he uses this word. One can obtain a valuable indication of this meaning by considering the derivation of the word. The roots of words, in conjunction with their present generally accepted meanings often yield surprising insight into their deeper meanings. The English word meditation is based on the Latin root med which is to measure. The present meaning of this word is to reflect, to ponder (i.e. to weigh or measure) and to give close attention. Similarly the Sanskrit word for meditation, dhyana, is closely related to dhyati meaning to reflect. So at this rate to meditate would be to ponder, to reflect, while giving close attention to what is actually going on as one does so.

This is perhaps what Krishnamurti means by the beginning of meditation. That is to say, one gives close attention to all that is happening in conjunction with the actual activity of thought, which is the underlying source of the general disorder. One does this without choice, without criticism, without acceptance or rejection of what is going on. And all of this takes place along with reflections on the meaning of what one is learning about the activity of thought. It is perhaps rather like reading a book in which the pages have been scrambled up, and being intensely aware of this disorder, rather than just “trying to make sense” of the confused content that arises when one just accepts the pages as they happen to come.

Krishnamurti has observed that the very act of meditation will, in itself, bring order to the activity of thought without the intervention of will, choice, decision, or any other action of the thinker. As such order comes, the noise and chaos which are the usual background of our consciousness die out and the mind becomes generally silent. Thought arises only when needed for some genuinely valid purpose, and then stops, until needed again.

In this silence, Krishnamurti says that something new and creative happens, something that cannot be conveyed in words, but that is of extraordinary significance for the whole of life. So he does not attempt to communicate this verbally, but rather he asks of those who are interested that they explore the question of meditation directly for themselves, through actual attention to the nature of thought.

In silence something new and creative happens.

Without attempting to probe into this deeper meaning of meditation, one can however say that meditation, in Krishnamurti’s sense of the word, can bring order to our overall mental activity, and this may be a key factor in bringing about an end to the sorrow, the misery, the chaos and confusion, that have over the ages been the lot of mankind and that are still generally continuing without visible prospect of fundamental change.

Krishnamurti’s work is permeated by what may be called the essence of the scientific approach, when this is considered in its very highest and purest form. Thus he begins from a fact, this fact about the nature of our thought processes. This fact is established through close attention, involving careful listening to the process of consciousness, and observing it assiduously. In this, one is constantly learning, and out of this learning comes insight, into the overall or general nature of the process of thought. This insight is then tested. First one sees whether it holds together in a rational order. And then one sees whether it leads to order and coherence, on what flows out of it in life as a whole.

Krishnamurti constantly emphasized that he is in no sense an authority. He has made certain discoveries and he is simply doing his best to make these discoveries accessible to all those who are able to listen. His work does not contain a body of doctrine, nor does he offer techniques or methods for obtaining a silent mind. He is not aiming to set up any new system of religious belief. Rather it is up to each human being to see if he can discover for himself that to which Krishnamurti is calling attention, and to go on from there to make new discoveries on his own.

It is clear then that an introduction, such as this, can at best show how Krishnamurti’s work has been seen by a particular person, a scientist, such as myself. To see in full what Krishnamurti means, it is necessary, of course, to go on and to read what he actually says, with that quality of attention to the totality of one’s responses, inward and outward, which we have been discussing here. 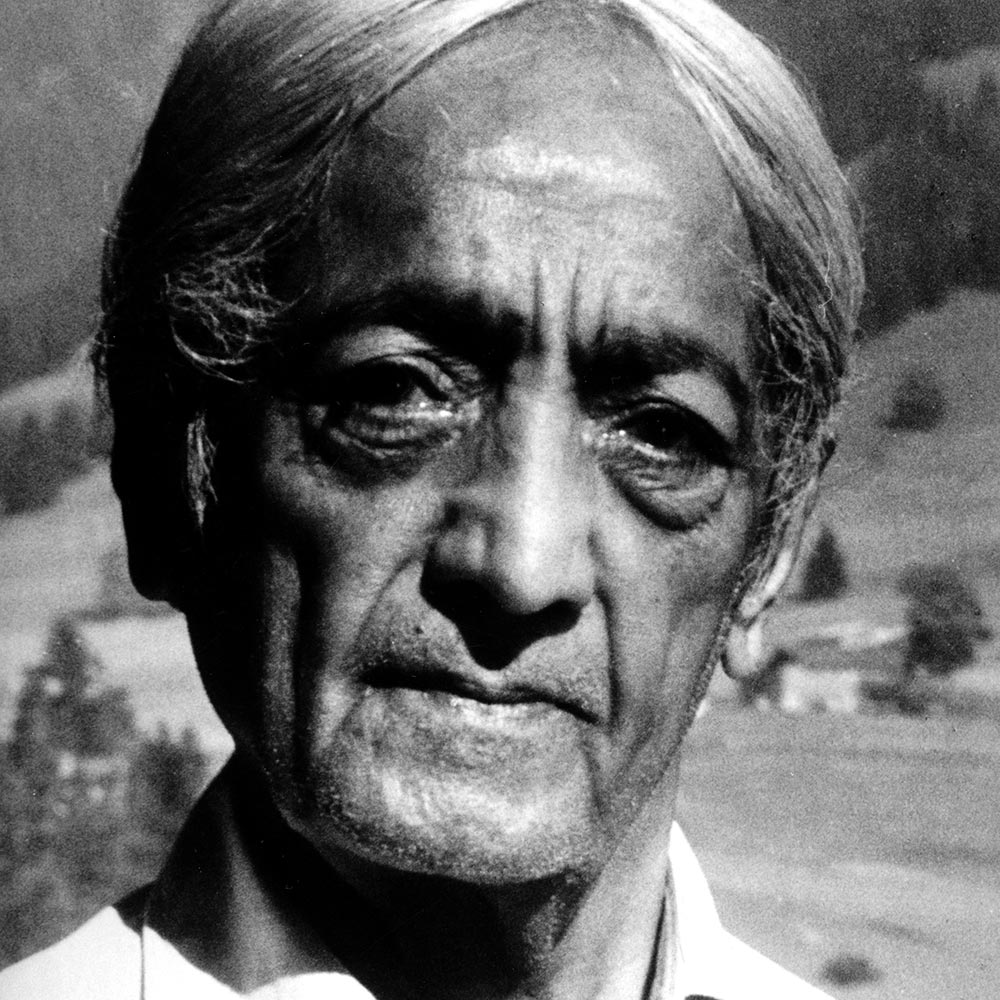