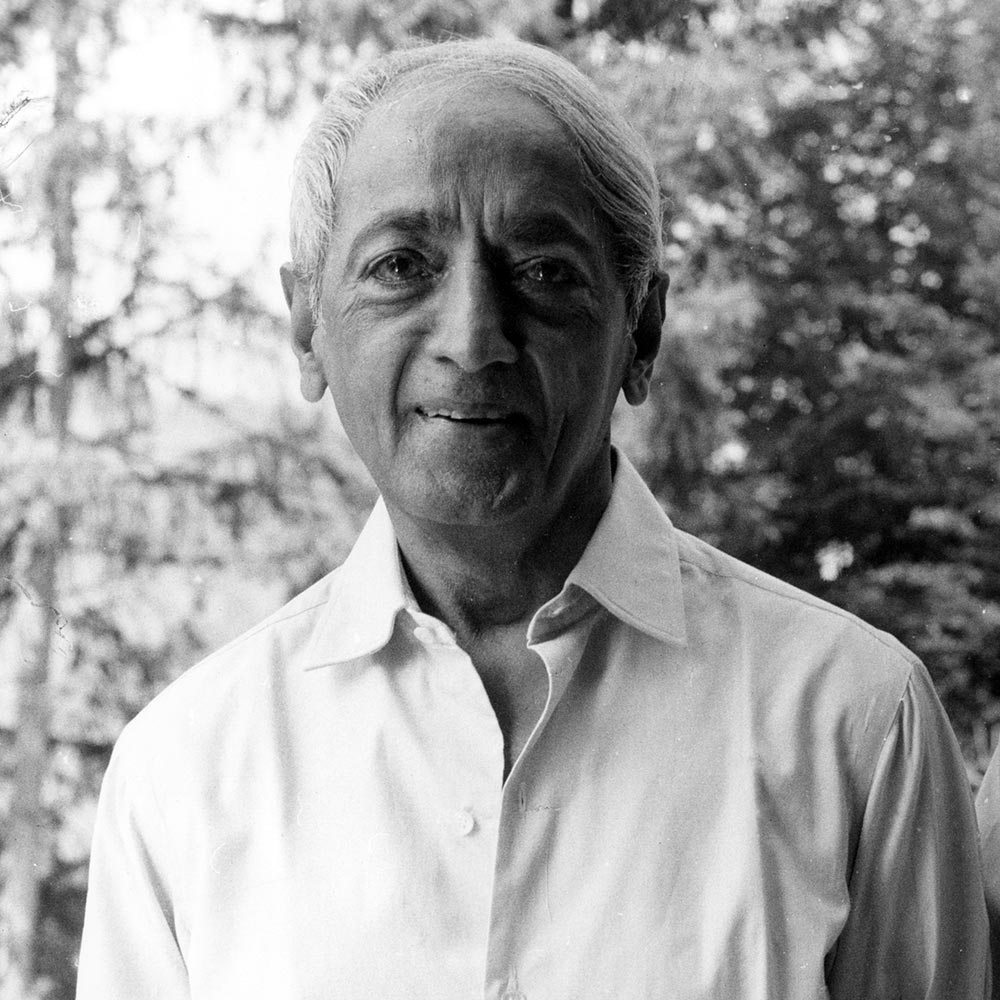 Like a signpost, I am merely pointing the direction. The signpost is not important at all. What is important is the one who is journeying. The speaker is not a guru, he is not an authority, he is not a guide. One has to take the inward journey alone, not as a reaction away from outward things but as the inevitable process of trying to understand.

It is perhaps a contradiction for there to be biographies written about Krishnamurti, given his insistence that he ‘is not at all important’. With this in mind, and given much information readily available online, here we give only a brief overview of aspects of his life. (Please see our Introduction to Krishnamurti for a synopsis of his teachings.)

From the early 1930s until his death in the mid-80s, Krishnamurti travelled the world giving talks to large audiences. Until the 1980s, when they became question and answer meetings, he also engaged in public discussions with these same audiences. Based not on knowledge but on his own insights into the human mind and his vision of the sacred, he always communicated a sense of freshness, although the essence of his teachings remained unchanged over the decades. He never used notes or pre-planned his talks, always finding new avenues and angles to explore and communicate. In addition to these remarkable public meetings, Krishnamurti met individuals or small groups interested in dialogue inquiry, including teachers and students, scientists, psychologists and religious figures. He also featured in many television and radio interviews.

It has been said that Krishnamurti was protected from the everyday troubles humanity faces, yet he was acutely aware of worldly matters and of the problems that affect us all. These were no doubt informed by some of the experiences in his own early life, including homesickness and loneliness when he first came to England; disappointment at not passing university entrance exams; the misery that other people’s jealousy can cause; loss of faith; disillusionment; the embarrassment of being openly worshipped and also of being laughed at; adverse publicity; intense physical agony; grave anxiety over the health of his brother, Nitya; and above all he had known devastating grief at Nitya’s death. But as his biographer Mary Lutyens put it, no experience had to be repeated for him to learn its full lesson. Events that might scar some for life didn’t seem to touch Krishnamurti in the same way, or they became a source of the deep compassion he felt towards humanity. Not long after his brother’s death, he said:

A new strength born of suffering is pulsating in the veins, and a new sympathy and understanding are being born out of past suffering. I know now, with greater certainty than ever before, that there is real beauty in life, real happiness that cannot be shattered by any physical happening, and a great love which is permanent, imperishable and unconquerable.

The death of Nitya also contributed to his loss of faith in the Theosophical Society which had brought him to Europe at a young age. He was expected to become the new ‘World Teacher’, a part of a lineage the Society believed in. During the 1920s, Krishnamurti became increasingly disillusioned with the approach of looking to others for help or salvation, and with the prominence of ceremonies and hierarchies established by the theosophists. As he gained confidence in his talks, he saw that people were using him as a crutch, something abhorrent to him for the rest of his life. In 1928 he said, ‘I have no disciples. There is no understanding in the worship of the personality. All ceremonies are unnecessary for spiritual growth.’ The following year, he disbanded the Order of the Star, the organisation established for the coming of the World Teacher. In his dissolution speech he said:

Truth is a pathless land, and you cannot approach it by any path whatsoever, by any religion, by any sect. … Truth cannot be brought down, rather the individual must make the effort to ascend to it. … I desire to free man from all cages, from all fears, and not to found religions, new sects, nor to establish new theories and new philosophies. … For two years, I have been thinking about this, slowly, carefully, patiently, and I have now decided to disband the Order. You can form other organisations and expect someone else. With that, I am not concerned, nor with creating new cages, new decorations for those cages. My only concern is to set man absolutely, unconditionally free.

This speech set the tone for the coming decades, with many of his talks focussing on authority, inward dependence, truth, nationalism, religion and ambition, for example. In the 1930s, large tours were organised by some of those who stayed with him after the break from theosophy. During the Second World War, he was unable to travel and lived quietly in Ojai, California. After the war, he continued travelling to where he was invited, something he continued to do for decades, until less than two months before his death in 1986. The number of countries he visited decreased as he got older but he continued to speak in the USA, UK, Switzerland and India. In all these years of travel, he didn’t have a home as such but increasingly spent time in Ojai, Brockwood Park and Madras (Chennai). Asked why he spoke, Krishnamurti responded:

When one sees something true and beautiful, one wants to tell people about it, out of affection, out of compassion, out of love. Can you ask the flower why it grows, why it has perfume? It is for the same reason the speaker talks.

Krishnamurti left with us a profound legacy. Increasingly his talks, discussions and conversations were recorded, at first by stenographers, then on audio and video tape. These recordings form a vast and unique body of work: around 600 video recordings and more than 2,500 audios. The archives hold transcriptions of over 5,000 events. More than 80 books have been published, independently and by major publishers, which have been translated into 60 languages. This material, the thriving schools and centres he established, and the efforts of the Krishnamurti Foundations, ensure that Krishnamurti will be known for generations to come.

There are many biographies written about Krishnamurti’s life. The most well-known are the three volumes written by Mary Lutyens: The Years of Awakening, The Years of Fulfilment, and The Open Door. These were abridged later in The Life and Death of Krishnamurti. For an Indian perspective, see Krishnamurti: A Biography by Pupul Jayakar. Detailed accounts of Krishnamurti’s day-to-day life can be found in Mary Zimbalist’s unfinished book In the Presence of Krishnamurti, while Krishnamurti: 100 Years is made up of interviews with those he came into contact with and whose lives were profoundly affected. 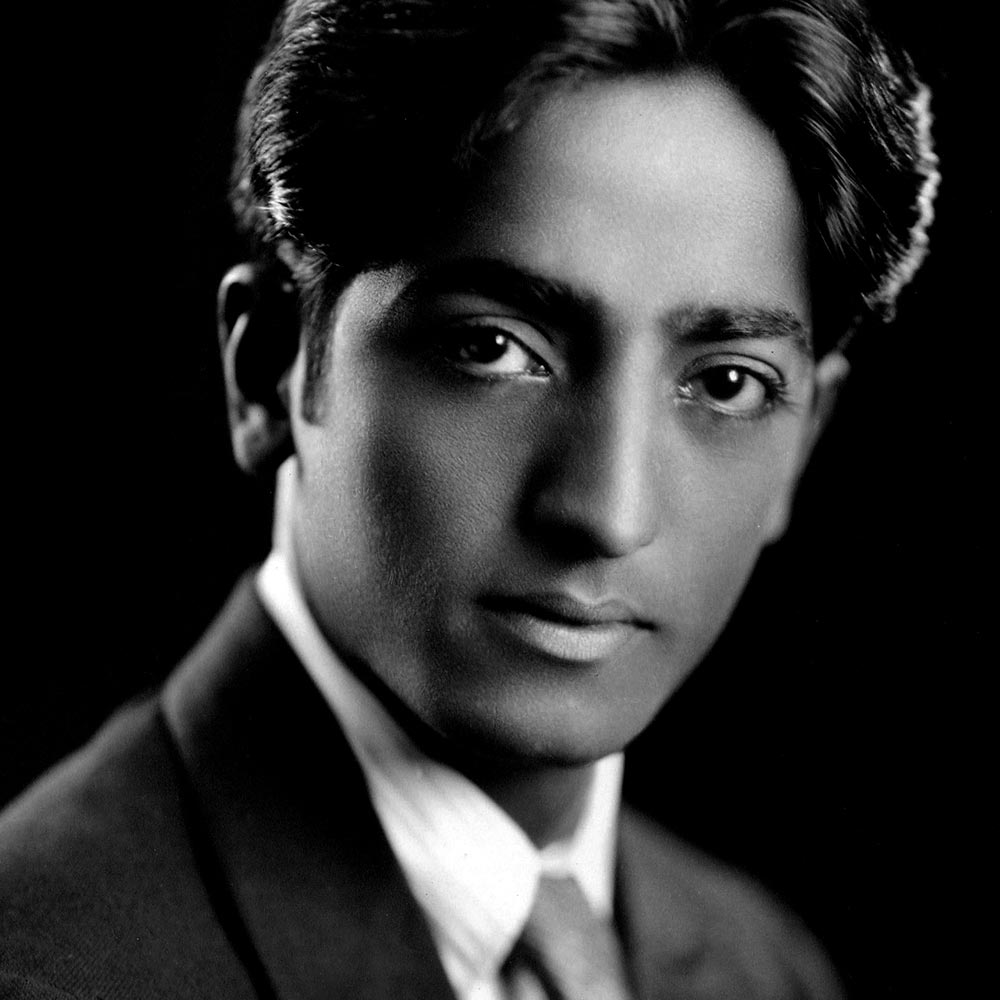